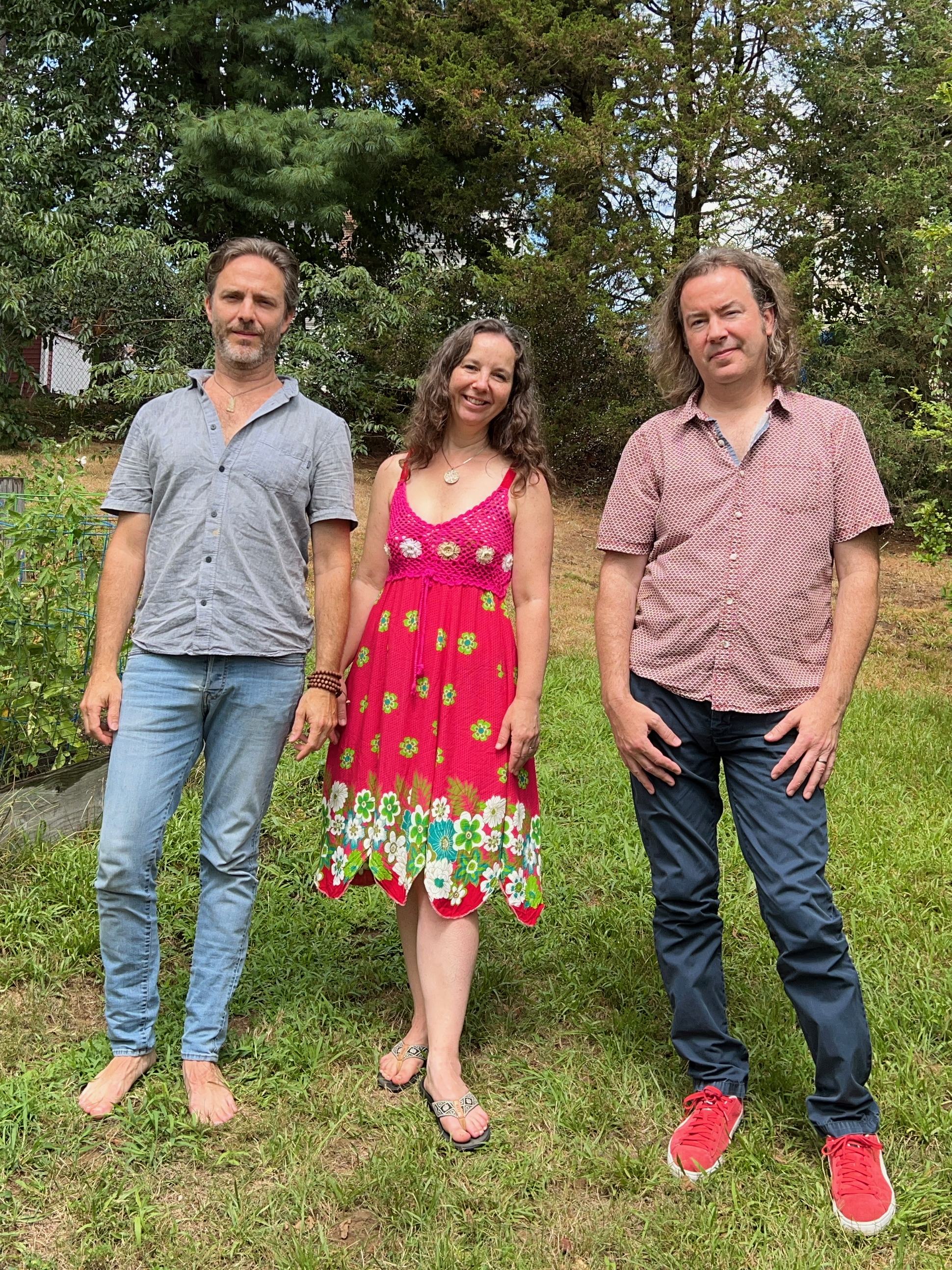 Sleepyhead recorded their sixth album, New Alchemy, at the legendary Boston area recording studio Q Division with esteemed producer and Q Division co-founder Jon Lupfer at the helm. The album was released August 19, 2022 as a digital download and via streaming platforms to be followed by a release on 12” vinyl LP. They plan to play as many shows as they can manage after that!
New Alchemy features Sleepyhead founders, drummer/vocalist Rachael McNally and guitarist/vocalist Chris O’Rourke as well as bassist/vocalist/keyboardist Derek van Beever, who joined the trio in 2004, a few years after the other two had moved to Boston. Many of the songs conjure the subtly infectious laissez-faire sounds of pre-Grunge Indie Rock the embrace early on in their career with a handful evoking classic Laurel Canyon Country-Rock and other 70’s FM staples. The title track to New Alchemy was inspired by the exploits of the New Alchemy Institute, a utopian endeavor founded by idealistic scientists in the 1970’s in Falmouth, Massachusetts, the hometown of Sleepyhead guitarist/vocalist Chris O’Rourke.
Sleepyhead was formed in a basement room at NYU's Brittany dorm in the fall of 1989 by drummer/vocalist Rachael McNally, bassist Mike Galinsky and guitarist/vocalist Chris O’Rourke. They released their first 7" single, the Kramer-produced "Play," in 1991 on Picture Book Artifact. Four full-length albums followed, on three different independent record labels. Punk Rock City USA was released by Slumberland Records in 1993, followed by Starduster (Homestead 1994), Communist Love Songs (Homestead 1996), and The Brighter Shore (Sealed Fate 1999). They toured the United States and Europe throughout the nineties, sharing the stage with such legendary bands as Polvo, Half Japanese, Yo La Tengo, The Grifters, The Dambuilders, Nation of Ulysses, Helium, Royal Trux, Antietam, Luna, Versus, The Magnetic Fields, and Dungbeetle.
Around the time their fourth album was released in 1999, Rachael and Chris got married, and Mike Galinsky moved on to a successful career in filmmaking. Dan Cuddy (The Special Pillow, ex-Hypnolovewheel) joined Chris and Rachael on bass. With Dan on bass, Sleepyhead did some touring for The Brighter Shore and began writing new songs. Rachael and Chris moved from New York to Boston in 2002 after having their first child. They had another kid in 2005. By this time, they had begun recording a new album, with Dan on bass, with producer Mike Deming (Pernice Brothers, Apples in Stereo, Beachwood Sparks, Lilys), at Deming’s famed Studio 45 in Hartford, and subsequently Enfield, CT. In 2004, bassist/vocalist/keyboardist Derek van Beever joined the band, and they started playing shows in Boston, Providence, and New York whenever they got the chance. In April 2013, this new lineup of Sleepyhead went into Q Division Studios in Somerville, MA to record the last three songs for their long-time-coming fifth album, Wild Sometimes, which was released on renowned Chicago indie Carrot Top Records on April 8, 2014. They played a bunch of shows in the Northeast, Midwest and Southeast to celebrate the release of Wild Sometimes in 2014, and then started writing a whole bunch of new songs with Derek. In the Spring of 2018, Drawing Room Records released a well-received deluxe double vinyl LP/digital reissue of Starduster and Communist Love Songs called Future Exhibit Goes Here. 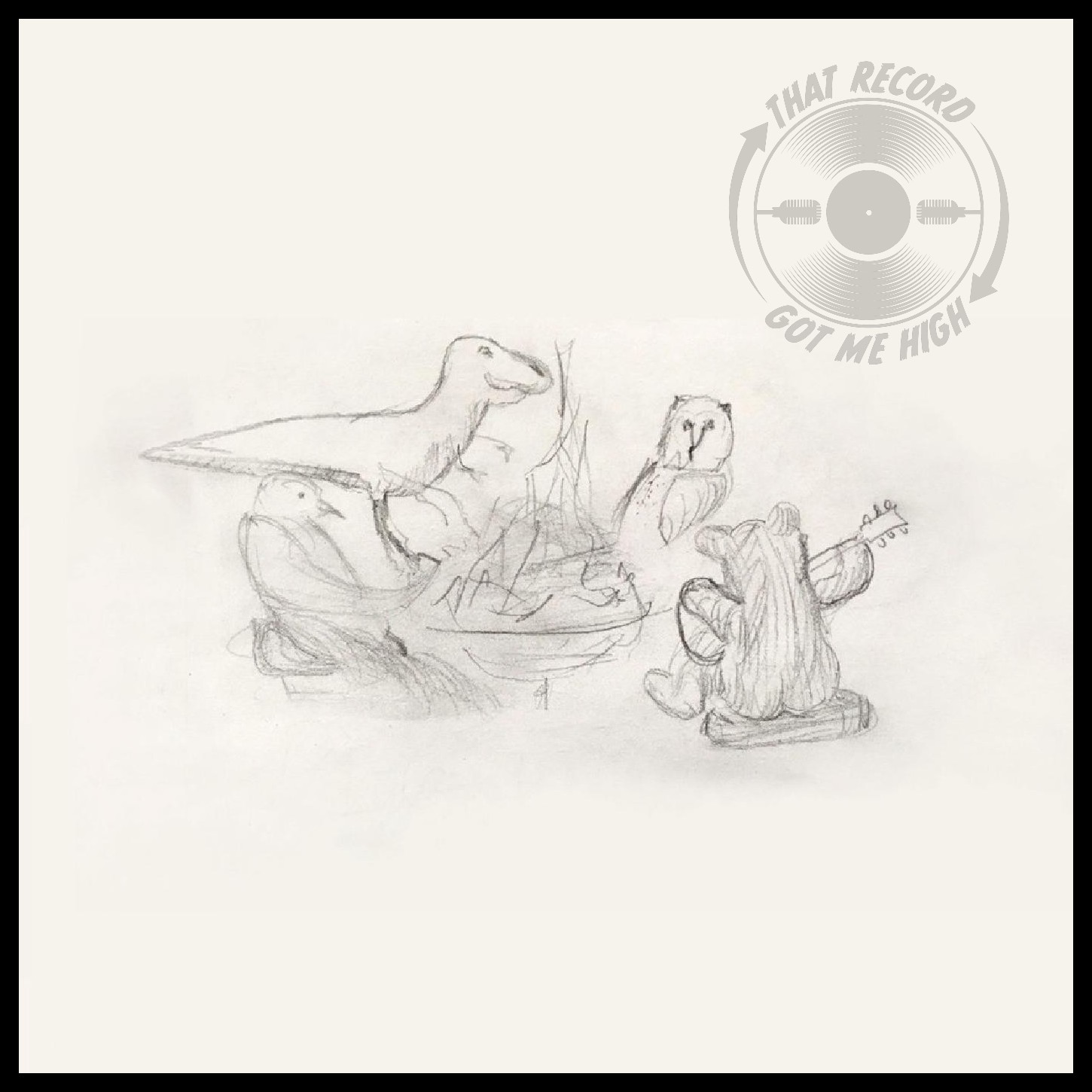 Guitarist/vocalist Chris O'Rourke and drummer/vocalist Rachael McNally - two-thirds of the Boston band Sleepyhead - brings us a double record as intriguingly mysterious and expansive as its name: 'Dragon New Warm Mountain I Believe In You' by Brooklyn...