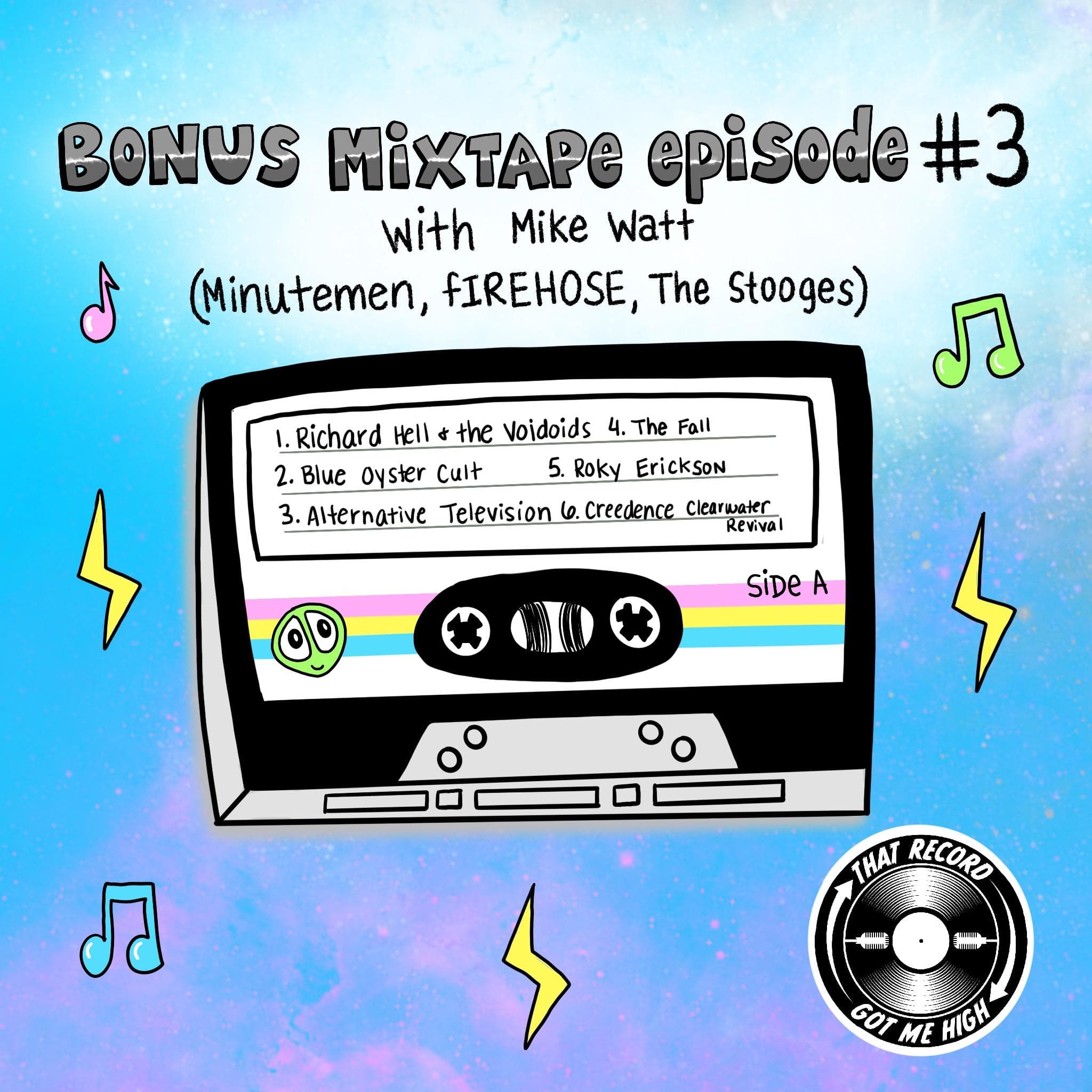 "The Man In The Van" himself, Mike Watt (Minutemen, fIREHOSE, The Stooges) joins us for another BONUS "Mixtape Episode", where we invite a special guest to curate a mixtape for our listeners and dig into their musical selections. He did NOT...

"The Man In The Van" himself, Mike Watt (Minutemen, fIREHOSE, The Stooges) joins us for another BONUS "Mixtape Episode", where we invite a special guest to curate a mixtape for our listeners and dig into their musical selections. He did NOT disappoint!
Mike's mixtape:
1. Blank Generation - Richard Hell & The Voidoids
2. She's As Beautiful As A Foot - Blue Oyster Cult
3. Another Coke - Alternative Television
4. Dice Man - The Fall
5. Mine Mine Mind - Roky Erickson
6. Up Around The Bend - Creedence Clearwater Revival
7. Forces Of Oppression - The Pop Group
8. Dot Dash - Wire
9. Richie Dagger's Crime - The Germs
10. You're Not Blank (So Baby We're Through) - The Dils
11. (Afraid of Being) Bled by Leeches - Lemon Kittens
12. Jump Into The Fire - Harry Nilsson 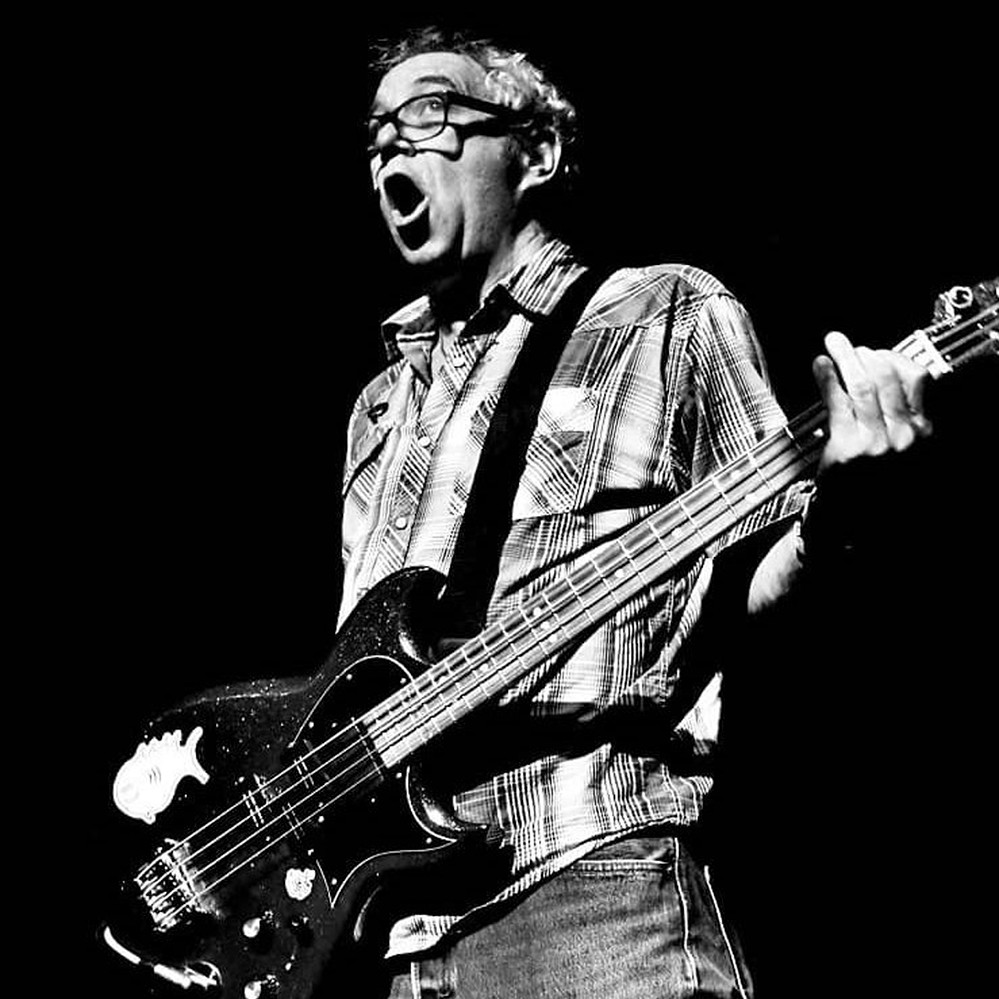 the man in the van w/a bass in his hand

"What can be romantic to Mike Watt?"

This question is from the song "One Reporter's Opinion." It first appeared on "Double Nickels on the Dime," the Minutemen's acclaimed 1984, 45-track, two record release; often named among the best and most influential albums of the 1980's. At the time of the song's recording, this query may have seemed rhetorical, as the band was an integral part of Los Angeles's explosive early punk and hardcore scene. By 1984, The Minutemen - - Mike Watt on bass, guitarist D Boon and drummer George Hurley - - had already earned a reputation for fierce, rapid-fire performances. Their songs were abrupt gusts of genre-bending music, with concise, satirical lyrics that probed and skewered topics like Reagan era politics and commercial popular culture.

Yet nearly 30 years later, this question continues to haunt Watt, although it's long been freed of any presumed irony. In the intervening years, it has become increasingly evident that much of this bass player, songwriter and "spieler's" life is in fact very romantic to Mike Watt.

His passions are observable in everything. It's heard in Watt's musical signature - an extraordinarily lyrical bass playing style - a singular sound that leaps from any of his many recordings. It's visible in his mystical veneration of the natural world, revealed by equally allusive photos of seagulls, sea lions and sunrises taken during his daily "crack of dawn" biking and kayaking excursions in San Pedro, California, his beloved hometown. (Some of these exquisite images were the subject of a 2010 solo exhibition, "Eye-Gifts From Pedro" at the Track 16 Gallery in Santa Monica, CA., and are part of his book, "On and Off Bass," Three Rooms Press, 2012). His romance extends to the ordinary, too, observable in the way he describes his state of mind, meals, gigs, friends and daily activities in his compulsively detailed tour diaries available on-line since 1997 (before the term "blog" was coined), on his self-built and meticulously maintained website: hootpage.com, which he launched in 1996.

Watt is a cultural omnivore. Especially over the last decade, his openness (and eagerness) to devour new musical experience has become increasingly audible (and visible) in the dozens of projects and live performances he's participated in with artists as divergent as Yoko Ono, Black Moth Super Rainbow, Petra Haden and Kelly Clarkson.