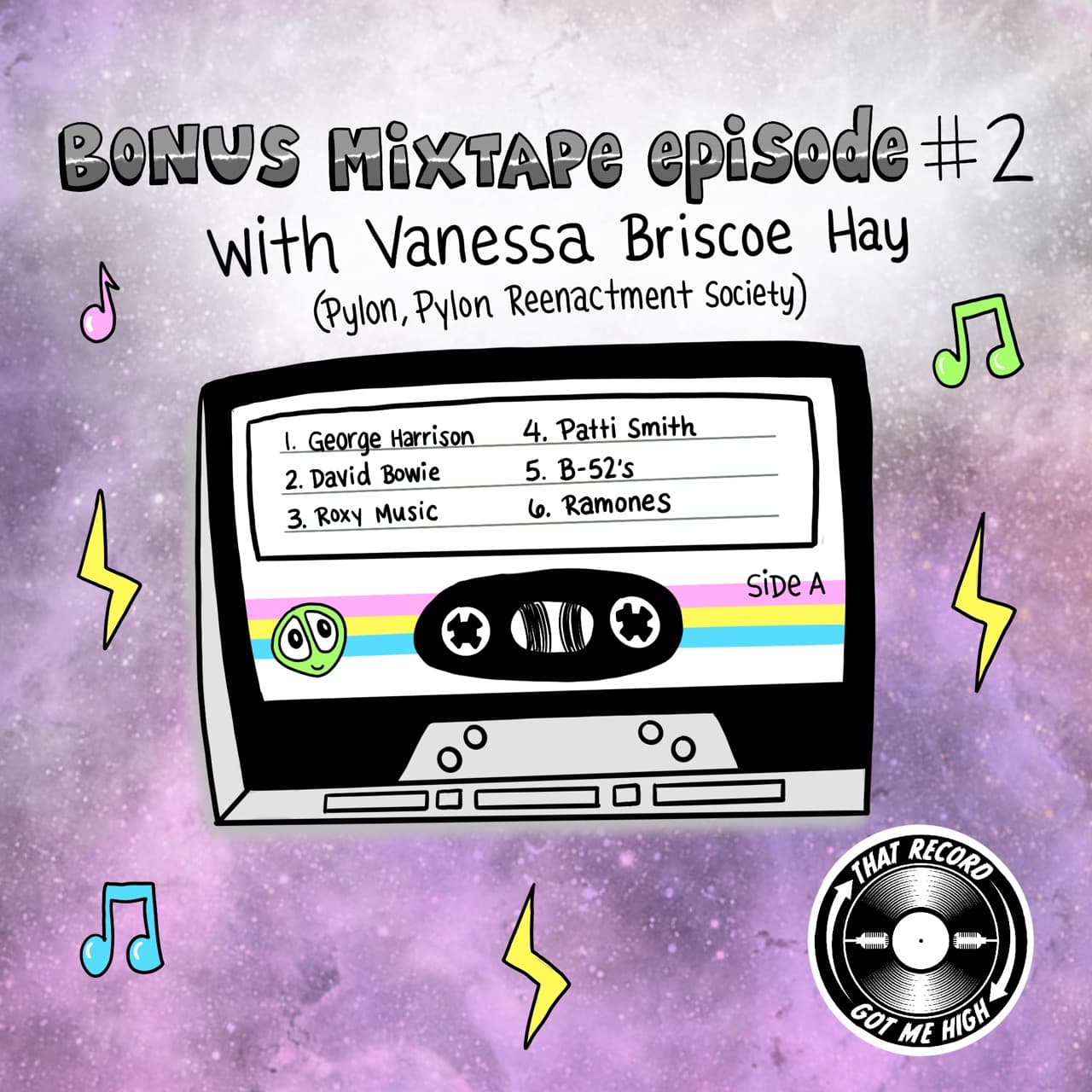 Singer/Artist Vanessa Briscoe Hay (Pylon, Supercluster, Pylon Reenactment Society) joins us for another BONUS "Mixtape Episode", where we invite a special guest to curate a mixtape for our listeners and dig into their musical selections. ...

Singer/Artist Vanessa Briscoe Hay (Pylon, Supercluster, Pylon Reenactment Society) joins us for another BONUS "Mixtape Episode", where we invite a special guest to curate a mixtape for our listeners and dig into their musical selections.
Vanessa's mixtape:
1. What is Life - George Harrison
2. Space Oddity - David Bowie
3. If There is Something  - Roxy Music
4. Dancing Barefoot - Patti Smith
5. Dance This Mess Around - B-52’s
6. I Wanna Be Sedated - Ramones
7. Damaged Goods - Gang of Four
8. Planet Rock - Afrika Bamabatta & Soul Sonic Force
9. The Robots - Kraftwerk
10. Someone Great - LCD Soundsystem
11. Man on the Moon - R.E.M.
12. Na Nanana - The Squalls 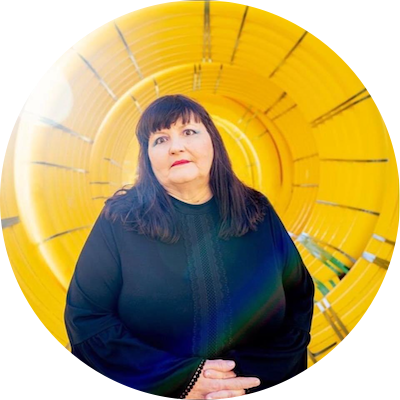 Vanessa Briscoe Hay has been making art since she was very young. Her upbringing in a small Southern community taught her self-sufficiency but also heightened her sense of otherness. She was the first in her family to attend a university to study art – although she was surrounded by female kinswomen who quilted, crocheted, and painted in their spare time for both pleasure and to beautify their homes.

While attending the University of Georgia art school, she was exposed to new ideas, and to thinking outside the box by her classmates and instructors. Vanessa graduated from UGA with a BFA in 1978. In 1979, some of her fellow students —Randy Bewley, Michael Lachowski and Curtis Crowe — invited her to join the band Pylon - basically an artist’s collective- with the goal of playing New York City and then disbanding. They playfully approached the creation of music like they approached their art. Written up in Interview Magazine after their first performance, they decided to keep going as long as it was fun. 1979-83 were heady years for both the music and art scene. They met many interesting artists during her band's travels —like Warhol, Haring, Basquiat —and Pylon performed alongside bands like Gang of Four, Talking Heads, B-52s, R.E.M., U2. Pylon first disbanded in 1983 because the band was becoming more like a business and less fun. However, Pylon reformed, disbanded, and reformed once again, only to finally formally disband in 2009 upon the death of guitarist Randy Bewley. She had started another recording project called Supercluster shortly before that to provide an outlet for new songs coming into her head which were not Pylon type material. The band included Randy Bewley, Kay Stanton, Jason NeSmith, John Fernandes, Hannah Jones, Bob Hay and Bill David. At times they were joined by Heather McIntosh and Bryan Poole. In the interim between bands, she managed a copy center, worked odd jobs, and became an R.N. She married Bob Hay, singer songwriter for Athens, GA band Squalls in 1986. As the parent of two daughters, she parceled her time, finding inspiration in both small things and the wonder of nature, as well as the interconnection between the universe and everyday events, finding creative outlets by making small paintings and scribbling on envelopes and continuing to write new songs with Pylon Reenactment Society. Currently she is retired from nursing and is performing and recording with Pylon Reenactment Society and her paintings are getting a little bigger.